The alleged sale of the 60% shares of the Asset Management Company of Nigeria, AMCON in Aerocontarctors has sent jitters the spinal of the staff of the airline.
The staff are no longer at ease as they are worried over job losses and other labour matters yet to be resolved by the company.
Union Leaders and workers of the airline say they learnt from credible sources that AMCOM is selling off its 60% shares in bits and pieces to interested investors.
The staff are worried that the clandestine manner in which the alleged sale is being done calls for concern as they have been kept in the dark on the matter.
Some of the workers who did not want their names mentioned said they needed to know what was going on so they could engage the new investors on a wide range of issues regarding labour matters like pensions remittance, the yet to be fully paid redundancy among others.
“At least, the present management has enjoyed the workers support and we expected to be carried along. Hope it will not be like Arik air where 50 percent of staff has been interviewed for the new airline it will transformed into”

When contacted over the alleged airline shares sale, the spokesman for AMCON, Mr. Jude Nwazor said the process had been ongoing since inception of take over by the government company, adding that every asset owed by AMCON was for sale.
He said AMCON does not recover to keep and the ones that needed to be restructure are restructured for strategic investor to buy off them.
“Even when the process started we advertised it many years ago when we took over with the expression of interest that whoever wants to buy aero can indicate interest like any other asset that we have but I don’t know that we are planning to sell.”

Managing Director, Aerocontractor, Captain Ado Sanusi when contacted also confirmed an ongoing process by AMCON to sell off its 60% shares since 2017, adding that if the airline was to be handed over to any investor it would not be done in a clandestine manner.
“Right from the beginning even when I joined aero contractors in 2017 one of the mandate is for us to take the company back to recovery stage and AMCON would like to divest their shares of 60% so that process has been on since 2017.”
“The process has gone and am sure you aware a couple of years ago when we advertised there potential investors about 9 of them and then 6 were shortlisted and then later 3 and then later one and that one was the preferred bidder and the preferred bidder has now made an offer to AMCON and it depends, if AMCON decides and see the offer is worth it while then they might accept it, if it is not worth their while then, probably we may go again and do another round of bid until they get their monies worth”

My name is joy Ogbebo. I have spent Twenty four years in the Aviation Industry as a Cabin Crew, Crew Development Purser, Crew Line Manager, Line Trainer, Performance Manager. Customer Relationship and Head Cabin & Inflight Services. This is an industry I am very passionate about. Am happy to share my knowledge and experiences with the world. Please be my guest! Welcome Onboard!
@mamajsaviation
Previous NIGERIA IMMIGRATION SERVICE INTRODUCES NEW VISA FEES AND IMPLEMENTATION OF NEW VISA POLICY 2020.
Next More than 180 Pakistani visitors stuck at Dubai airport for not fulfilling entry requirements 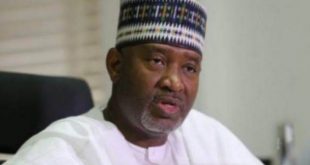